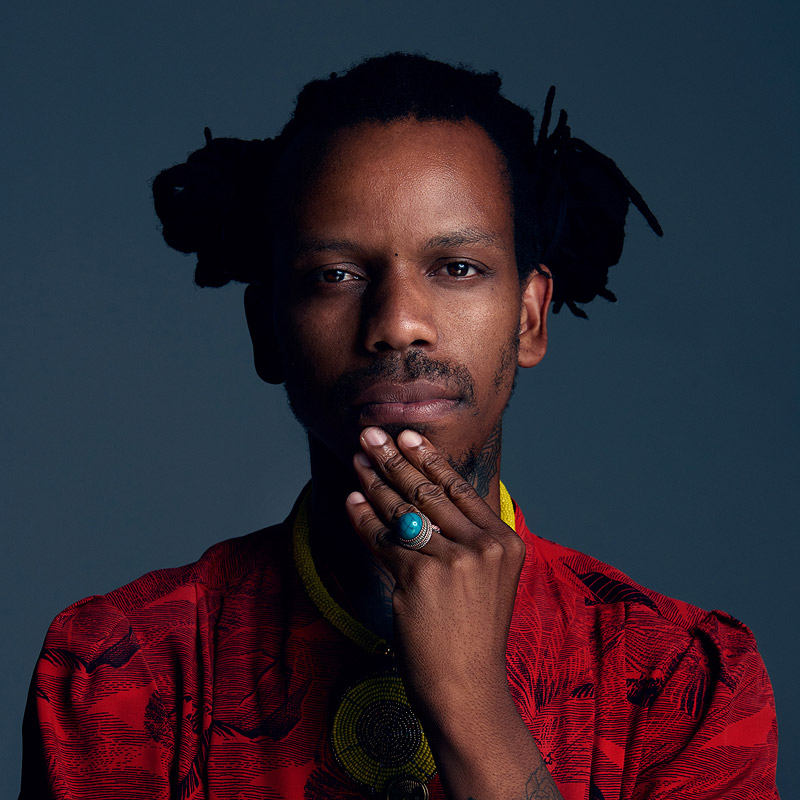 Born and raised in South Africa, Floyd Lavine is an ‘African Nomad’, an Artist of a new African generation with one foot in Berlin and the other in Cape Town. His passion for electronic music is deeply rooted, influenced by African rhythms and predominantly focusing on grooves which he describes as essences of the African soul.

Floyd is one of the creators of RISE, an African-inspired event & record label based in Berlin, holding monthly events at Watergate Club and showcases across Europe and Africa. RISE has had major impact on the European electronic scene its no wonder headliners acts like Black Coffee, Henrik Schwarz, Culoe De Song, Djeff Afrozilla, Osunladeare regular guests.

What’s your playlist look like when you’re flying to a gig?

I’m usually listening to home track that I might want to play later , but also some chilled stuff to relax. A bit of both.

What is the last artist that you discovered?

The last few artists I discovered haha, well one won’t do it justice, so I have a few and all from Africa, you should check them out; Fred Buddha, T.siza, Deep Aztec, faizalmostrixx

I love to take a walk through the old city, I feel like I’m traveling back in time, but I think this year I’ll try find some exclusive quiet beaches, maybe travel up to the north of the island.

Can you tell us one thing that no one knows about you?

I’m a big fan of history, love documentaries & books about the past. You know it’s so true what they say, that history does respect itself in a way. Humans are so fascinating to me… I guess the past is my future.

Have you or are you in the way to adopt the eco-rider?

My agency is already on this, I’m super happy to be part of making a small difference by changing my habits. Every little helps.

Is there a track you’ve always wanted to remix?

I would like to remix any Sade records and Prince.

You always wanted to do a back to back with?

Which producer would you queue in the rain for to get their releases?

Apart from music, what is your hobby?

I don’t get that much time off from music, so when I do have the time I like to take a walk through my neighbourhood on a lovely sunny Sunday morning and I love looking for vintage clothes.

I love the The Wire, what a series! If you have not watched it I would recommend you do so. I’m about that type of realism, I find it more interesting.

There was a tv series in South Africa callled Yizo Yizo when I was growing up, about life in the township, it felt super real, so credit to the writers, director and actors.

The soundtrack to Yizo Yizo was incredible check it out if you can.

You’re a secret fan of?