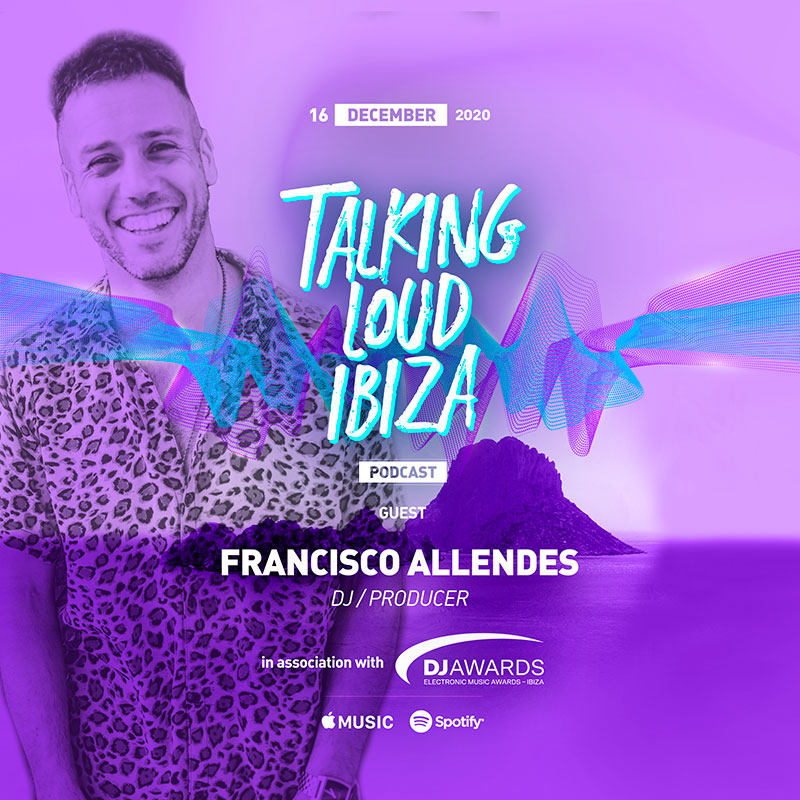 Joining us this week is one of the hottest talents to come out of Chile, Francisco Allendes.

At 17 when he discovered progressive rock and synthesisers he soon began producing music and started Djing.

In 2005 he landed in Spain and began releasing on many European labels. 5 years later he arrived in Ibiza where he has lived ever since, and after playing at the old Ushuaia Beach Club, he was snapped up by the world-famous underground party, ANTS.

Since then, he has played across most of the dancefloors on the island. He’s had success with many of his releases gaining support from the likes of Loco Dice, Luciano, Reboot, Josh Wink, and Ricardo Villalobos, amongst many.

He won the DJ Award for Ibiza DJ in 2019, he would have been collecting air miles by the thousands, touring globally, however as Covid 19 put a stop to all that for now, we managed to catch up with Francisco, to see what he’s up to.

The Talking Loud Ibiza Podcast is presented by DJ Awards Director, Jasmine Elias together with Ryan Be.

Find us on Spotify, Apple or wherever you listen to your podcasts.

New episode out every Wednesday.