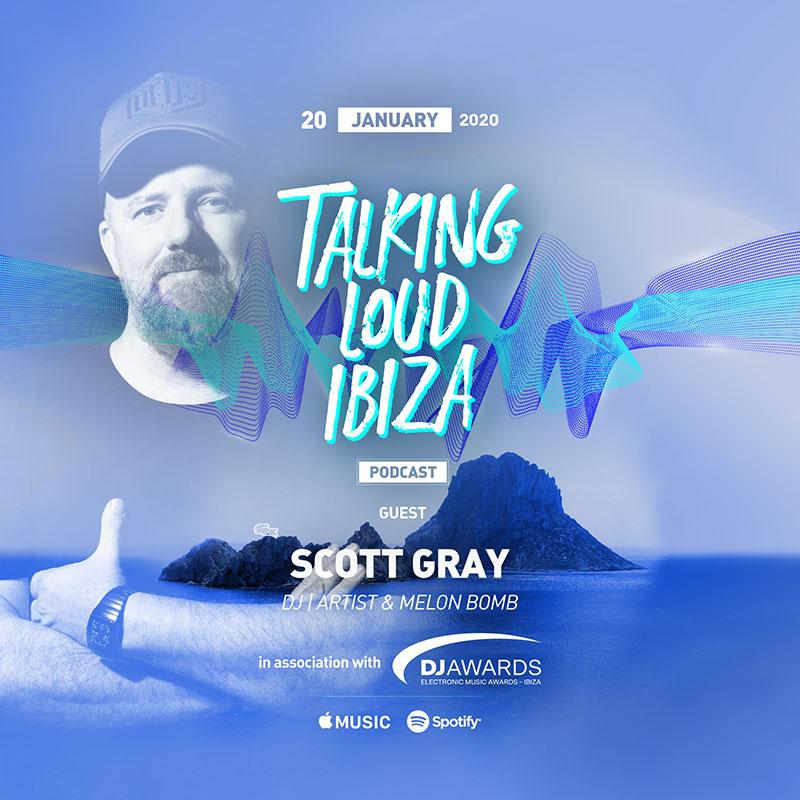 Welcome back to the final episode in this series, where we catch up with people from around the world that now live and work in Ibiza.

We are finishing off with a guest that has had many chapters in his life, DJ, Artist, Fashion designer, and one-quarter of the DJ collective, Melon Bomb, Scott Gray.

He first visited Ibiza back in 1997, the trip “blew his noodle”, and he met his future wife on the dancefloor at the legendary Space.

After some years, they decided to up sticks from the UK and make their home on the White Isle. After working on different jobs on the island, he began djing under the monocle of Chapter, which led him to join forces with three other established DJ/Producers to form Melon Bomb, who have played across most of the clubs on the island. But it´s their residency at Pikes that have given them legendary status amongst the Ibiza clubbing fraternity.

We hope that it won´t be too long before we see them back to the decks and we can all dance again together!

The Talking Loud Ibiza Podcast is presented by DJ Awards Director, Jasmine Elias together with Ryan Be.

If you missed out on previous episodes visit Spotify, Apple or wherever you listen to your podcasts.

New series will be coming soon!