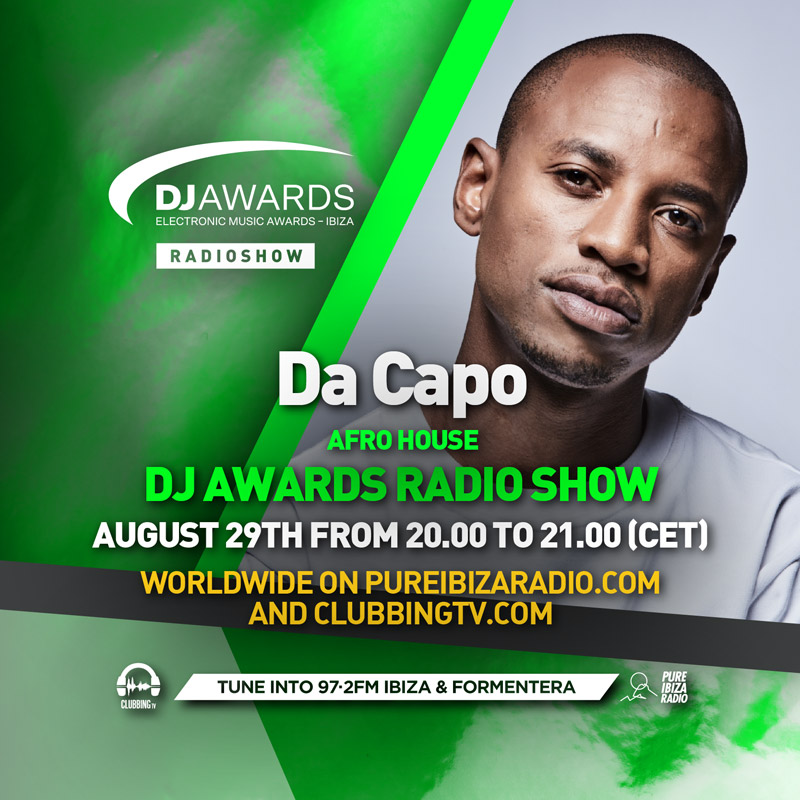 Nicodimas Sekheta Mogashoa is a self-taught producer & DJ who first fell in love with house music at an early age enabling him to have a good ear for music and the unmistakable ability to create blazing sounds to keep masses salivating for more and earned him his spot amongst South Africa and the world over as a highly regarded producer at the tender age of 21.

Inspired by the biggest names in the house music industry such as Nick Holder, Zepherin Saint and Andy Compton, to name a few. Da Capo has set on a journey to create his mark on the House Music scene with the release of his Solo EPs released under DNH Records which elevated him to a household name in countries far afield and clubs around the world, leading to him signing a deal with Toronto based Music Label DNH Records owned by well-known DJ/Producer Nick Holder.