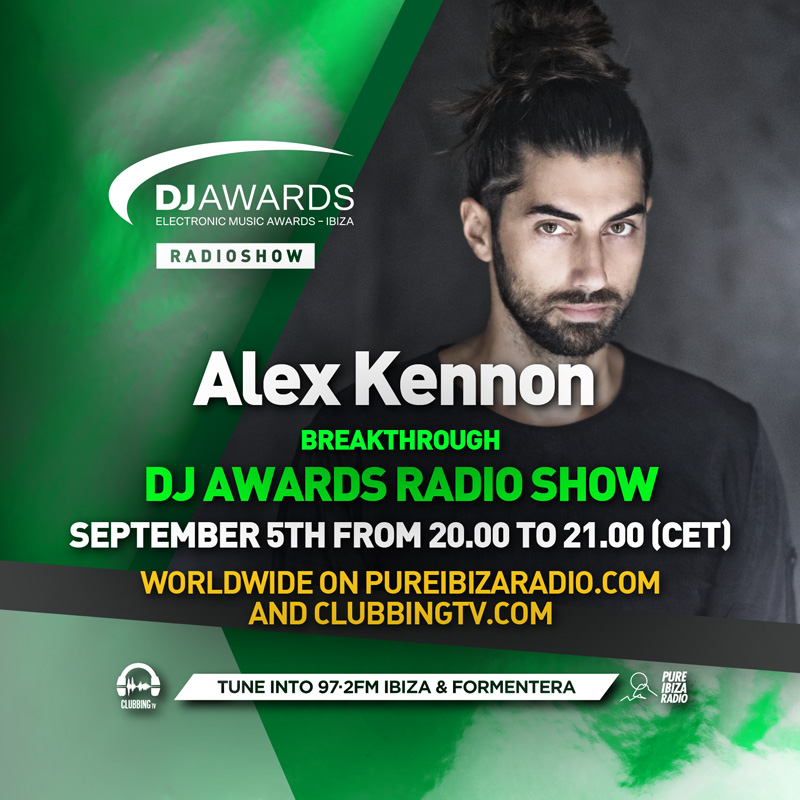 Having played at some of the key clubs in Ibiza where he lives, from Ushuaia and Pacha to Destino and Privilege, and as a real globetrotter all around the world, this year Alex’s key releases will see him take everything to a whole new level. And not just in Ibiza, but at festivals across Europe and into America and across Brazil. So far, his productions have been supported by Nic Fanciulli, Kölsch, Solomun, Steve Lawler, Damian Lazarus, Matthias Tanzmann and Tale of Us alike.

He’s also been picked up as a producer to watch by Mixmag, who gave Alex’s Crosstown remix of ‘Lay Your Weapons Down’ by Raw District & Fabrice Lig a premiere midway through March, ahead of Alex’s debut for Damian Lazarus’s infamous Get Lost party. A release for Lazarus on Rebellion with Pirupa called ‘Vision’ will also be everywhere by the time you read this.

Finally, we have to mention that he won last year the Newcomer Award and he is nominated this year in the Breakthrough category.