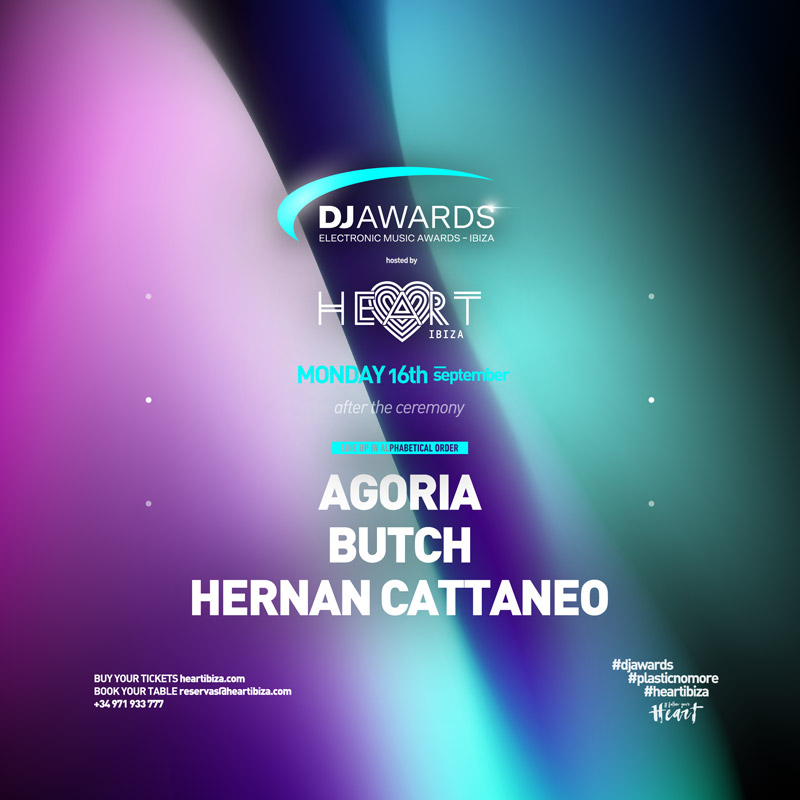 After the winners have been revealed, the emotion from the night peaks even higher, get your dancing shoes on we’re off for the Party featuring an international line up.

Agoria, Widely acclaimed producer and composer, one of the most talked about residencies this year in Ibiza at Blue Marlin, no stranger to the DJ Awards having played in 2017 at our 20th Anniversary edition.

Hernan Cattaneo, is one of the biggest DJs to come out of South America and one of the nicest people you will ever meet! Across his three decade journey through music, the legendary South American DJ has lived his life through the music that inspires him; inspiring thousands of electronic music lovers across the globe in the process.

Constantly working in parallels – drenched by a potent mixture of juxtaposition and fluidity in both his sets and his productions, fuses the grey-area space between music of the body and mind. Discuss… 22-years ago, a 12 year old Butch received his first record player, he grew older and louder and continued to broaden his palate for music. In 1991 before reaching his current optimum state – a refined style that’s seen him voted as ‘Best Producer’ in Groove and Raveline magazines two years in a row, whilst also sitting atop the All-Time Most Charted section on Resident Advisor.